The two figures below present the overall architecture and an example of several connected instances in the metadata ontology. 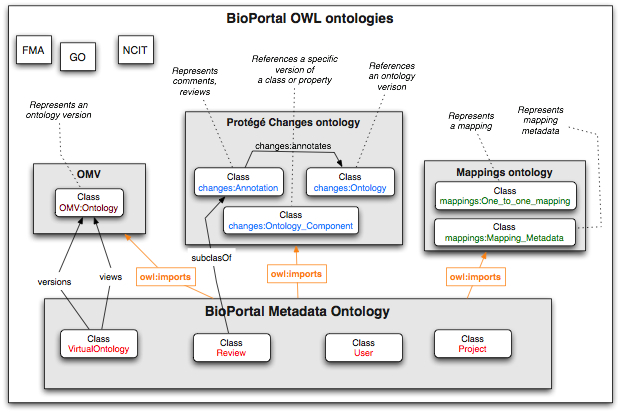 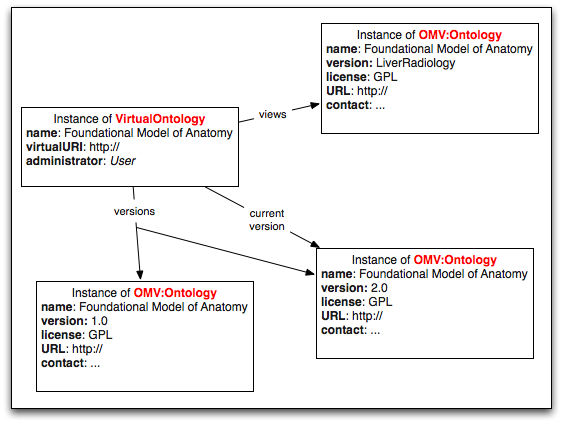 All the metadata in BioPortal are represented as instances of classes in the BioPortal Metadata Ontology (see the figure above). This ontology imports three other OWL ontologies:

The metadata about ontologies themselves is represented mostly using the OMV vocabulary (namespace prefix “OMV”). OMV is the ontology developed jointly with the NeON consortium and accounts for much of the ontology metadata, including provenance information, static values (number of classes, etc.), licensing information, and so on. The main class in OMV is OMV:Ontology. It contains a set of metadata for a particular version of the ontology. Some properties of interest, among others, are: